West University of Timișoara (UVT) is based on its foundations a sustainable tradition of higher education supported by the establishment in Timișoara of the Faculty of Philosophy (1841) and then of the Faculty of Law (1845). Based on the Royal Decree no. 660 of December 30, 1944, signed by King Mihai I of Romania, West University of Timișoara, new alma mater studiorum, was able to offer university study programs in the fields of Law, Letters and Philosophy, Sciences, Human Medicine, Veterinary Medicine, Pharmacy and Theology.

By Decree no. 175 published in the Official Gazette no. 177 of 3 August 1948 came into being Pedagogical Institute of Timisoara with a single faculty, Faculty of Mathematics-Physics, with a duration of 3 years.

As of September 1, 1956, it is established Faculty of Philology.

In the year 1959 was established 5-year-old Pedagogical Institute from Timișoara with the Faculties of Mathematics, Physics-Chemistry, Philology, Natural and Agricultural Sciences, History and Geography, Fine Arts, Physical Education.

Between the years 1962-1989, the activity of the university was carried out on the basis of repeated ministerial orders and decisions, which provided for the forms of education, faculties, domains, departments and disciplines. Thus, in 1967 the Faculty of Economic Sciences is established, with the functioning of a law departmentt within it, and in 1968 the reorganization of the Faculties of Music, Fine Arts, History-Geography, Physical Education and Sports is requested from the relevant ministry. After the year 1976 they will be abolished, the university going through a difficult period as a higher education institution. Specializations within the Faculty of Philology will be abolished, and the Faculties of Physics and Mathematics will become sections within the Faculty of Natural Sciences. In 1971, the Informatics department was established within the Faculty of Mathematics-Mechanics.

The period immediately following the events in 1989 brings substantial changes in the structure of the university, the offer being enriched with new fields through the Faculties of Fine Arts, Physical Education and Sports, Chemistry, Geography, Biology, Psychology and Sociology, Law, Music and Theater. Starting with the academic year 1990-1991, the didactic activity registers fundamental changes. An autonomy of the faculties was established in making important decisions regarding the educational process and placing it on the basic coordinates regarding the profile of specializations. In 1999, the establishment of the youngest UVT faculty, the Faculty of Political Science and Communication Sciences, was authorized. Since 2003, the Faculty of Letters has also hosted the Department of Orthodox Theology.

By the Decision of the Romanian Government no. 458 of 29.07.1994, the institution receives the current name - West University of Timișoara.

The evolution of UVT faculties over time is described in the table below.

Table 1. The evolution of the faculties of the West University of Timișoara

The organization of doctoral studies is one of the important components of UVT, having an institutional and historical relevance. In the '70s, the first generations of teachers in the fields Philology, Mathematics, Physics laid the foundations for the first doctoral research at the university. In the '90s, with the reorganization of the higher education system in Romania and in the conditions of university development, new university study programs were organized, the faculties from UVT initiating new doctoral study programs. Areas Economics, Chemistry, Computer Science, Visual Arts, History, have been added to the old fields of doctoral studies, joining them along the way fields such as Philosophy, Sociology, Management, Marketing or Geography.

After the legislation, in Romania, of the concept of doctoral school, through Romanian Government Decision no. 567 of June 15, 2005 on the organization and conduct of doctoral studies, and with the application of the principles The Bologna Process, in the West University of Timișoara were organized these departmental structures. The fields of university doctoral studies currently functional within IOSUD-UVT are:

Table 2. Doctoral schools and doctoral studies fields of the West University of Timișoara

All the transformations of institutional nature have preserved the reference values ​​that were substantiated at the time of the establishment of the university, being adequate to the stages of the institution. The position of an institution of higher education of excellence has been strengthened by providing a complex and coherent palette, with a high quality level, of undergraduate university study programs (lasting 3 or 4 years - 180-240 transferable study credits), master's degree (lasting 1 or 2 years - 60-120 transferable study credits) and doctorate (lasting 3 years).

Starting with the 2000s, the West University of Timișoara have been through a dynamic period, characterized by a large number of students, by improving the infrastructure by building new infrastructure for the Faculties of Economics and Law or by renovating the heritage buildings, in case Faculty of Arts and Design. Equally, the emphasis on research and innovation has resulted in the construction of modern, high-performance and well-equipped research centers, such as Nicolae Georgescu-Roengen platform or Institute for Advanced Environmental Research - ICAM.

The teaching staff consists of over 700 full-time teachers, professors, associated professors, lecturers and university assistants, as well as associate teachers, who are responsible for the training of over 14 students.

The table below shows the evolution over time of the number of teachers and students of UVT:

The material base arranged in 1951 in the old Lloyd's Palace, destined to carry out the university education process, was presented as follows:

Table 4. The initial patrimony of the West University of Timișoara

Today, the spaces of education, practice, accommodation, sports have a completely different configuration, completing a vast picture of a higher education institution of European level:

Table 5. The current patrimony of the West University of Timișoara

The constant improvement of the educational process emphasizes modern curricular contents, harmonized with the profile faculties in the country and abroad and constantly updated.

At the national plan, West University of Timişoara is a member of a National Council of Rectors (CNR), but is also part of University Consortium, together with "Babeș-Bolyai" University of Cluj Napoca, University of Bucharest, "Alexandru Ioan Cuza" University of Iași and the Academy of Economic Studies of Bucharest. Established in June 2009, consortium is an important dialogue partner with the relevant ministry on issues related to higher education, such as strategic directions of development, research, funding or internationalization.

UVT supports cultural projects and collaborates with prestigious cultural institutions, by organizing conferences and meetings with the literary, artistic and sports environment.

Since 2015, it has become a tradition to award prizes for excellence in the setting UVT gala, organized annually, where academic and research performance is rewarded and recognized.

In the same constant concern for performance, UVT promotes values ​​by organizing sports events with the participation of the entire academic community: UVT Liberty Marathon, Cup University students, we ride in the UVT family.

Thus, at present time the West University of Timișoara is being one of the most dynamic higher education institutions in Romania, well individualized in the European Higher Education Area, which assumes, according to the University Charter, general mission of advanced scientific research and education, generating and transferring knowledge to society through:

UVT assumes its own mission as a catalyst for the development of Romanian society by creating an innovative and participatory environment for scientific research, learning, cultural-artistic creation and sports performance, transferring skills and knowledge to the community through education, research and consulting services which it offers to economic and socio-cultural partners.

The academic motto of the West University of Timișoara is Scientiae et artes. Doctrina et disciplina. 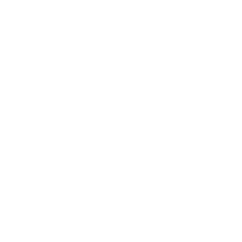 Enroll now at the largest university in the western side of the country!

Keep up to date with the news
about admission

The subscription could not be processed. Please try again.
You have successfully subscribed.